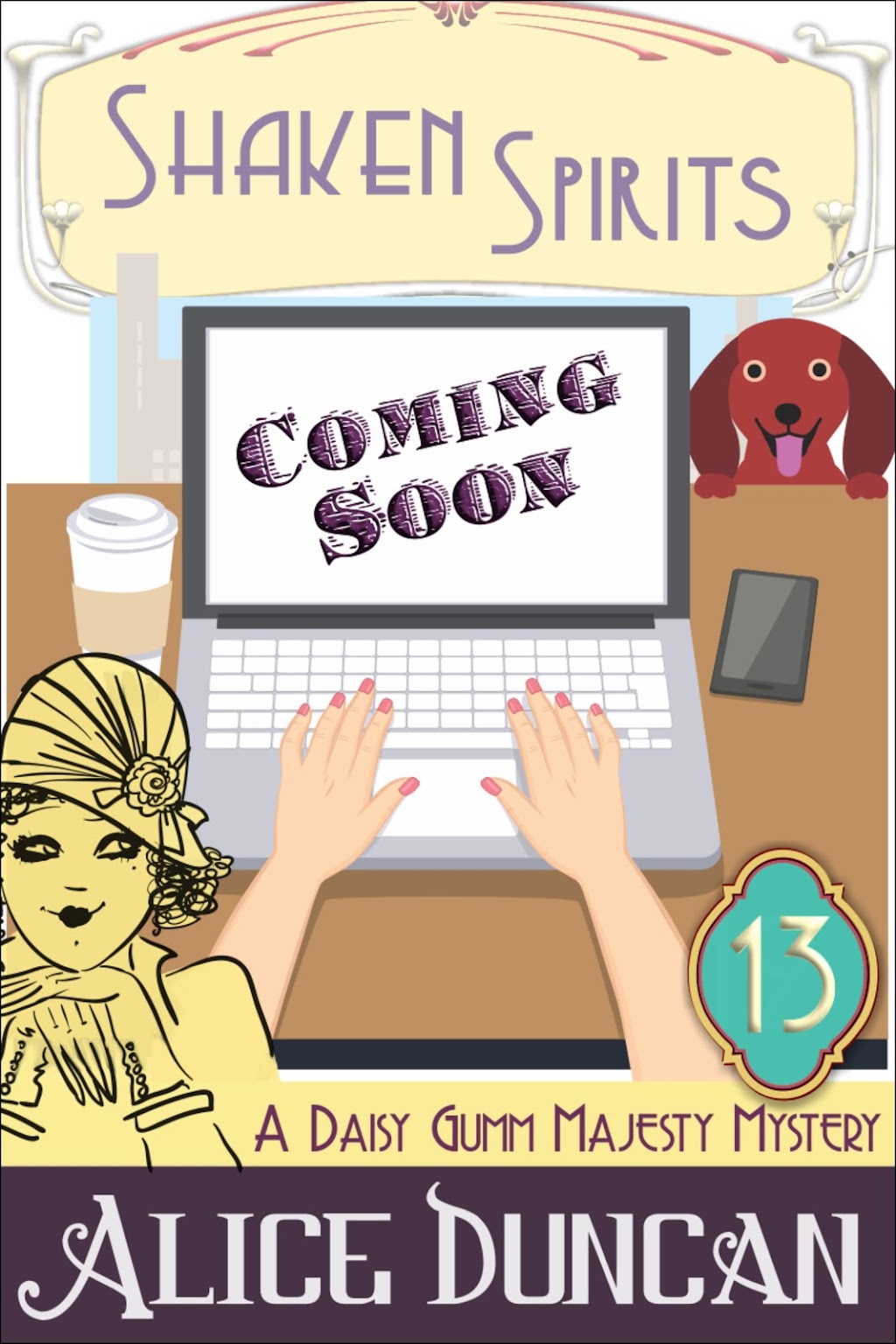 When I woke up at home, aching to beat the band, the last thing I remembered was sighing as the last band and the last float in the 1925 Tournament of Roses Parade passed us by. My fiancé, Detective Sam Rotondo, who worked for the Pasadena Police Department, had joined us for the special event. Even though we weren’t married yet, Sam was part of the family. Now, Dr. Benjamin, our wonderful family doctor, stood at the head of my bed. Spike, my late husband’s beloved black-and-tan dachshund—everyone else in the family loved him, too—lay on the foot of the bed, staring at me and looking worried. Sam, Ma, Pa, Aunt Vi, Mrs. Wilson and Pudge had clumped together around my bed. Ma and Aunt Vi were crying into their hankies. “Wh-what happened?” I asked. Not original, but I really wanted to know. “You were hit by a car,” said Pa, his voice shaking slightly. “I was?” “Yes,” said Ma. She sniffled and added, “Sam insisted on carrying you home.” “With your bad leg?” I said with a gasp, my left arm having just given a particularly sharp twinge just then. “No,” said Sam, his voice hard. “In my arms.” I’d lifted my head slightly to ask my stupid question, but let it fall again, exhausted and exasperated. Besides, lifting my heat hurt. “You know what I meant.” “Yeah. I know.” Sam brought a chair from the kitchen into my bedroom—which was right off the kitchen and, therefore, easy to fetch—and fell onto it with something of a plunk. “Oh, Daisy, we were so frightened,” whispered Ma. Pa put his arm around her shoulder and gave her a hug. “You were bleeding everywhere!” She turned and wept onto Pa’s shoulder. “There was blood all over the place,” Pudge contributed. He sounded a little more excited than worried. What the heck. He was a boy, so I didn’t fault him. “I-I still don’t understand precisely what happened,” I said. Looking to Dr. Benjamin, who was probably the most coherent member of the group, I asked, “Do you know, Doc?” “Just what your father told me. A car hit you and slammed you into a nearby tree. Sam carried you home, and Vi telephoned my house. I rushed over.” “I’m sorry,” said I, grieved to have been the one to spoil his holiday. “I’m not. I’m glad I was at home,” said he in his brisk way. “I hurt all over,” I said then, taking a mental scan of my body’s aches and pains. “Is anything broken?” “Your left arm,” said Dr. Benjamin. “I set it for you and brought a sling. I’ll have to make a cast for it, but I can do that tomorrow. You’re lucky it was a simple break.” Lucky, was I? Somehow, I couldn’t find it within myself to be grateful. “But I need both of my arms!” I cried, appalled. “Daisy, you need to heal,” said Sam. “It’ll take time. That’s what you’re always telling me about my leg.” Sam had been shot in his left thigh by an evil woman some months prior. He wasn’t a patient… patient, so I was irked he was giving me the same advice I was always giving him. “But… but what about my job? Have you ever tried to manipulate the Ouija board while your arm is in a sling? Or shuffle a deck of tarot cards? Or lift a crystal ball?” “No. I think you’re the only who has to worry about that,” said Sam tartly. Then he grinned. “But, hey, we’re a matched set now. I have a bum left leg, and you have a bum left arm.” “Somehow, that doesn’t make me feel better.” “You were all cut up, too,” said Pudge, still excited unless I missed my guess. “Like Mrs. Gumm said, after it hit you, that car flung you really hard against that tree and you got scraped all over.” “Oh.” No wonder everything hurt. “But I disinfected all your wounds and got you bandaged. You’ll be fine in a couple of weeks. Except for your arm. That will take more time.” “Oh, no,” I began to cry and then felt like a fool. “It will be all right, sweetheart,” said Pa, leaning over to give the top of my head a peck. “And you’ll regain full use of your arm,” said Doc Benjamin, trying to cheer me up. “Who was driving the car that hit me?” I thought to ask. “We don’t know,” said Sam. “What do you mean, you don’t know? You mean whoever it was got away? You didn’t even copy the number plate?” “Didn’t have one,” said Sam.

Copyright 2017 | This page is the property of eBook Discovery | Images and text used with permission.